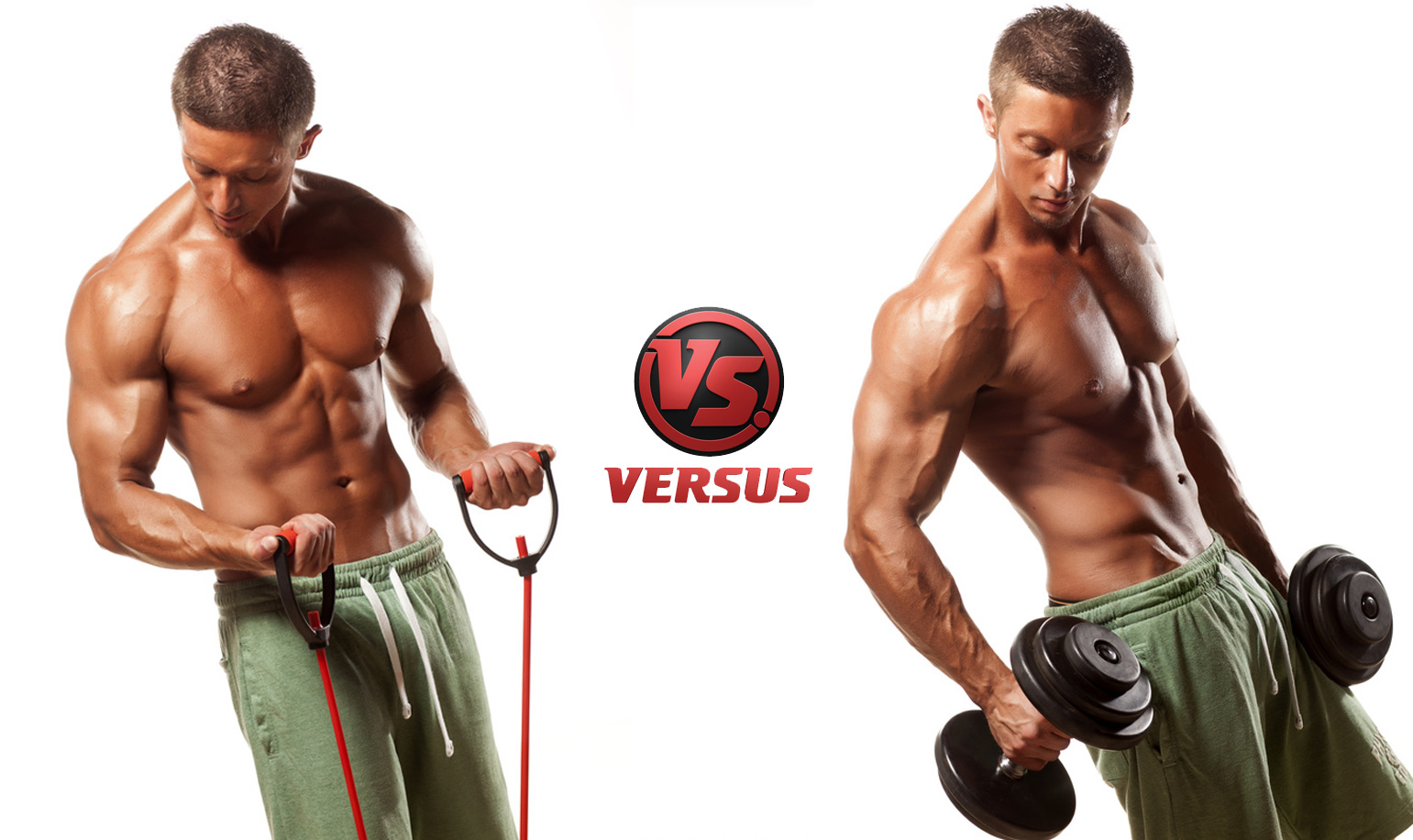 Resistance bands (powerbands) exercise, such as the use of minibands, superbands, therabands and tubes, has been used for almost a century. It originally was used as a fitness technique, but eventually progressed to be used as a rehabilitation device used by physical therapists, chiropractors, personal and athletic trainers. Today it is used commonly in both fitness and rehabilitation facilities around the world. Both elastic resistance and barbells / dumbbells (free-weights) have several similar properties:

All four of these properties are critical for the benefits offered by effective resistance-training programs. Latest studies have shown that muscle activity and peak load while training with powerbands, is similar to free-weight resistance exercise. The amount of muscle fibers activated, during powerbands training, is similar and the amount of force provided by the muscle fibers is similar when comparing the same exercise performed with powerbands or with free weights.

The Benefits:
There are several benefits that powerbands training offers that free-weight resistance does not.

The Example (bicep curl):
When you lift a free weight in any direction other than straight up and down, the tension on the muscle can actually be removed at certain points in the range of motion. For example, when doing a biceps curl with free weights, as you curl the weight up towards the shoulder, at the very top of the movement the weight (barbell, dumbbell) is literally falling towards the shoulder. This means that the tension on the biceps has been removed because the dumbbell is no longer being lifted up against gravity by the biceps. When doing a biceps curl with powerbands, the tension is present throughout the entire range of motion because the elastic band provides resistance due to its own properties.

As you curl your hand up toward your shoulder, the resistance of the elastic tubing increases. This is due to the physical properties of elastic material. As its length (stretched) increases, it provides more resistance. The number of muscle fibers that are being used in the exercising muscle increase. This benefit is not offered by free-weight resistance.

Final:
Not only does resistance band training offer similar benefits to free-weight, but it actually has several benefits that obviously outweigh those of free weights. A workout program using powerbands (minibands, superbands, therabands or tubes) can provide similar benefits to a workout that uses free-weights. The benefits could be described as as more functional strength, increased muscle strength, better injury prevention, greater ability to change muscle emphasis during exercises, decreased body fat, greater muscle power development and easier use.